[Alt text: A picture of Bitcoin and how it works on a person’s phone.]

Yida Gao founded Shima Capital in 2021 as an opportunity to headline his venture capital firm. After falling in love with cryptocurrencies and the industry’s future, it became clear that his main focus would be on startups looking to make an impact.

Only some people are as optimistic about cryptocurrencies as Yida Gao, but early results have turned into excellent opportunities. With a specific focus on startups in cryptocurrencies, he’s confident that any fears of short-term losses going on in the industry don’t apply to his firm.

What are Digital Currencies?

One of the most popular and well-known cryptocurrencies is Bitcoin. Created in 2009 by an anonymous individual or group known as Satoshi Nakamoto, it was the first successful implementation of blockchain technology. Other significant cryptocurrencies include Ethereum, Litecoin, Ripple, and more.

While they have gained traction as alternatives to traditional fiat currencies, cryptocurrencies are still relatively new and largely unregulated.

This has led to concerns about their stability and potential for misuses, such as in illegal activities like money laundering or drug trafficking.

Despite these challenges, many proponents like Yida Gao believe that cryptocurrencies have the potential to revolutionize the global financial system. Time will tell if they can establish themselves more and more as a legitimate form of currency.

How Do Digital Currencies Affect the Economy?

Digital currencies have the potential to disrupt traditional economic systems and upend traditional notions of currency and value. These decentralized digital assets rely on complex cryptography and blockchain technology to securely facilitate transactions and verify ownership.

Proponents of digital currencies argue that they can offer greater efficiency and accessibility in financial transactions, potentially lowering costs for consumers and businesses.

Digital currencies may also provide more opportunities for individuals in developing countries who may not have access to traditional banking systems.

However, some warn that the lack of centralized oversight and regulations could make digital currencies susceptible to fraud or manipulation. Additionally, the volatile nature of these assets could introduce instability into the larger economy.

As the use of digital currencies continues to grow, it will be necessary for policymakers and financial institutions to closely monitor their impact and adapt accordingly.

What’s the Future of Digital Currencies? 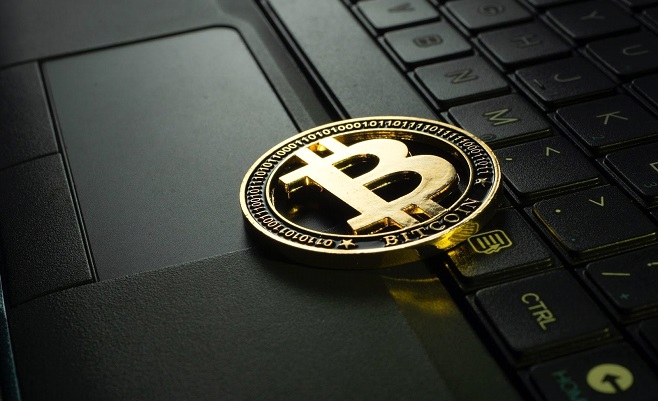 The future of digital currencies is still uncertain, but there are a few potential developments that could shape the industry.

One possibility is increased government regulation, as more governments recognize the importance and influence of digital currencies. This could lead to more excellent stability and trust in the market.

Another possibility is the widespread adoption of digital currencies by individuals and businesses. As technology improves and makes transactions faster and more secure, it may become the preferred method of exchange.

Skepticism and hesitation remain to some degree about fully embracing digital currencies, as they do not back the many physical assets that do not back them, and their value can be volatile.

Yida Gao understands there’s a calculated risk involved with any Shima Capital investment. With any emerging technology, people expect both challenges and opportunities for innovation.

Investing in startup companies early in any industry can be extremely rewarding with the right knowledge. For Yida Gao, he put a lot of effort into figuring out what opportunities look most promising and investing as early as possible with his firm.

Not only does this help with funding for the startup, but it can help with general knowledge and resources on growing within the industry. As soon as money is put into a startup, Shima Capital provides as many resources as possible to help.

Currently, several startups count on Shima Capital to reach their full potential. Each new success story builds the reputation that they are a trusted firm to help startups see an idea through.

Yida Gao relies a lot on his previous experience in the venture capital world. He’s worked for well-known companies in the traditional finance industry. Graduating from MIT and spending time at Stanford’s business school prepared him for high success.

Leaning on the experience and the knowledge of a solid team at Shima Capital allows for some outstanding acceleration in an area growing fast.

Why Yida Gao Feels Confident in Bitcoin and Crypto Startups

Yida Gao or anyone in the industry can’t predict how every cryptocurrency startup will do as time progresses. However, getting in early and working with companies that need initial funding can help tremendously.

There’s also the fact of diversifying within the industry as a whole. For example, Shima Capital looks at the categories that make up cryptocurrencies, such as companies focused on consumers, Defi, gaming, Metaverse, NFTs, and more.

There are new and exciting startups in every different section of cryptocurrency, as it will take a lot for everything to come together.

With current investments ranging from $500,000 to $2 million, Yida Gao feels there will be plenty of investors helping out to grow Shima Capital even more. He’s already reached unprecedented heights in under a year, so the future could be even better.

Getting investments from Dragonfly Capital, Animoca, OKex, and Bill Ackman, to name a few helps bring in additional funding.

All You Need To Know About The Euro Coin Stablecoin (EUROC)

USDC [USD Coin] is the second largest stablecoin after USDT [USD Tether] pegged to the US dollar. Circle issued USDC and has now introduced…

How To Choose The Best Crypto Exchange Process

Taking that first step to trust and invest in Bitcoins and other cryptocurrencies may be intimidating to many from the get-go. This is due…

How to Play crypto gambling safely and responsibly

‍Cryptocurrency has been making headlines recently for all the wrong reasons, in particular, the meteoric rise of Bitcoin and other digital currencies has resulted…

Choosing a Crypto Exchange: Is it difficult?

Very simply put, crypto exchanges can be likened to your investment broker that facilitate the buying and selling of these assets like Bitcoin, Ethereum…

DeFi fever and the role of Wellfield Technologies

A new trend has reinvigorated the cryptocurrency industry, even though asset values remain 75% below 2017 levels. It’s called DeFi, short for “decentralized finance.…

Bring in Money on the International Foreign Currency Exchange!

Over the most recent 10 years, the International unfamiliar money trade or forex exchanging has offered financial backers a choice to stock contributing by…