A new trend has reinvigorated the cryptocurrency industry, even though asset values remain 75% below 2017 levels. It’s called DeFi, short for “decentralized finance. It is based on the idea that cryptopreneurs can recreate traditional financial instruments in a decentralized architecture, without being controlled by companies or governments. With new claims about the cryptocurrency Tether, the arguments for decentralization are becoming more and more relevant.

Decentralized finance (DeFi) is a set of specialized applications and financial services based on a blockchain (a continuous, sequential chain of blocks containing information built according to certain rules).

Simply put, DeFi makes finances available to anyone: users conduct transactions and resolve financial issues directly with each other, rather than through intermediaries like banks, brokerage courts, etc. Decentralized ecosystem software allows buyers, sellers, lenders and borrowers to interact.

Bitcoin and Ethereum are the first applications of DeFi. Both cryptocurrencies are controlled by large computer networks rather than centralized control. Many investors use bitcoin as gold, that is, an inflation-proof investment tool, while Ethereum is a useful (and controversial) tool for raising collective finance for startups.

The difference between centralized (CeFi) and decentralized financial systems is how their users achieve their goals. In CeFi, users rely on the people behind the business and the regulatory laws. With DeFi, users rely entirely on technology, software code, and encryption algorithms.

One of the most recent achievements is Wellfield. The company was created to open the door to DeFi for ordinary people. The company currently has two brands, MoneyClip and Seamless. While DeFi, which is a development of Seamless, won’t launch until 2022, MoneyClip’s app will officially launch in late 2021, and they’ve been in development since 2019. Those who wish can install the beta version, which is already available in the AppStore and Google Play. The official launch of the app is expected in the coming weeks.

The MoneyClip app may be the missing link that will allow DeFi to take over the world. The main reason this app will be revolutionary is that it will allow you to access DeFi products simply by connecting your bank account to the app. Of course, other companies have tried to develop similar solutions before, but they didn’t get enough publicity or were so inconvenient for users that they didn’t gain enough popularity. That won’t happen with the Wellfield app.

The DeFi boom occurred in the midst of the coronavirus pandemic. In 2020, the decentralized finance market was growing steadily, adding several billion dollars each month. “The very idea that anyone, anywhere in the world can access a system where you can make transfers and choose your own financial risks is very powerful. It’s something that until now has been inaccessible to many,” Vitalik Buterin, the founder of Ethereum cryptocurrency, said in 2020. 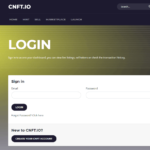 How to Sell on CNFT.IO 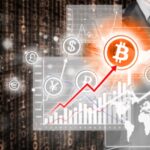 Is crypto trading the same as FX trading?

Bring in Money on the International Foreign Currency Exchange!

What Is A Currency Trader And What Does He Do?